Malaysia Airlines deeply regrets that we have to assume beyond any reasonable doubt that MH370 has been lost and that none of those on board survived.
We must now accept all evidence suggests the plane went down in the Southern Indian Ocean.

Following a seventeen-day global hunt to locate the vanished aircraft, Najib Razak, Malaysia’s prime minister, confirmed the worst fears of the families of the 239 passengers. He said new analysis by Britain’s Air Accidents Investigation Branch team and British satellite telecommunications company Inmarsat revealed that the plane ended its baffling eight-hour flight in the deep, remote waters of the Indian Ocean, about 1500 miles from Perth.
“This is a remote location, far from any possible landing sites,” he said. “It is therefore with deep sadness and regret that I must inform you that, according to this new data, flight MH370 ended in the southern Indian Ocean.”
The cause of the crash remains a mystery. Mr Najib said Malaysian officials will release further details on Tuesday, but it has long been thought that the flight’s most likely endpoint was in the southern of two possible trajectories; the northern trajectory was above land and would almost certainly have been picked up by radar.
But the plane remains missing and the search for the wreckage of the aircraft – and its black box – will continue.
Al-Fatihah 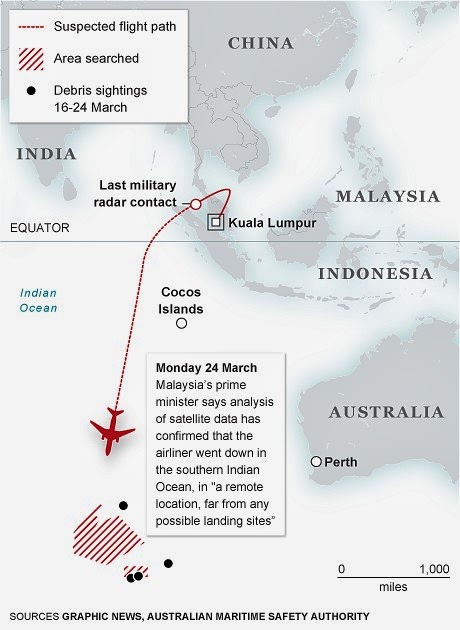 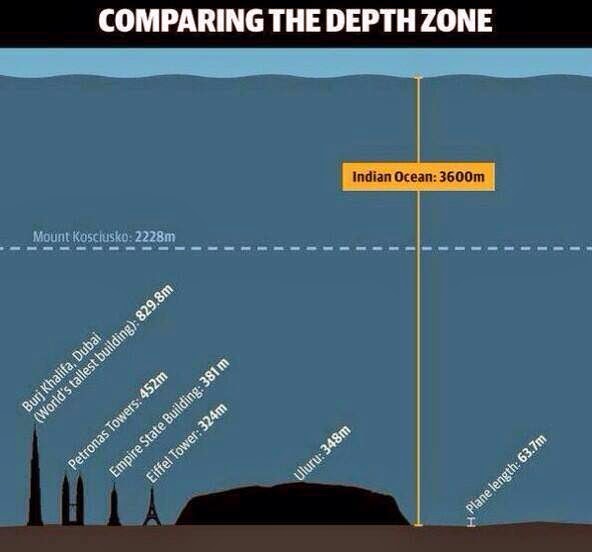 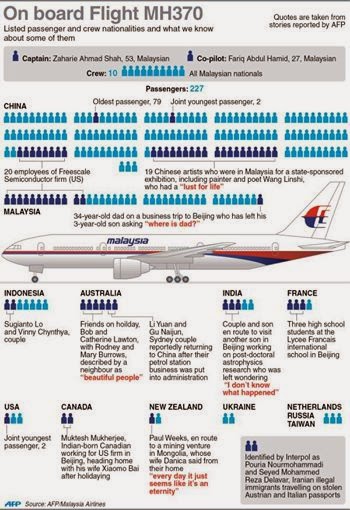